Experimental design: ctDNA was tested for WIF1 and NPY by droplet digital PCR with method developed and validated for colorectal cancer. Disease-free survival (DFS) and overall survival (OS) were analyzed via multivariable analysis in patients with ctDNA samples and in sub-groups according to treatment duration (3/6 months) and disease stage (high/low-risk stage III).

Conclusions: In this first ctDNA assessment of a large series of stage III colon cancer patients enrolled in phase III trial, post-surgery ctDNA was found in 13.8% of them and was confirmed as an independent prognostic marker. 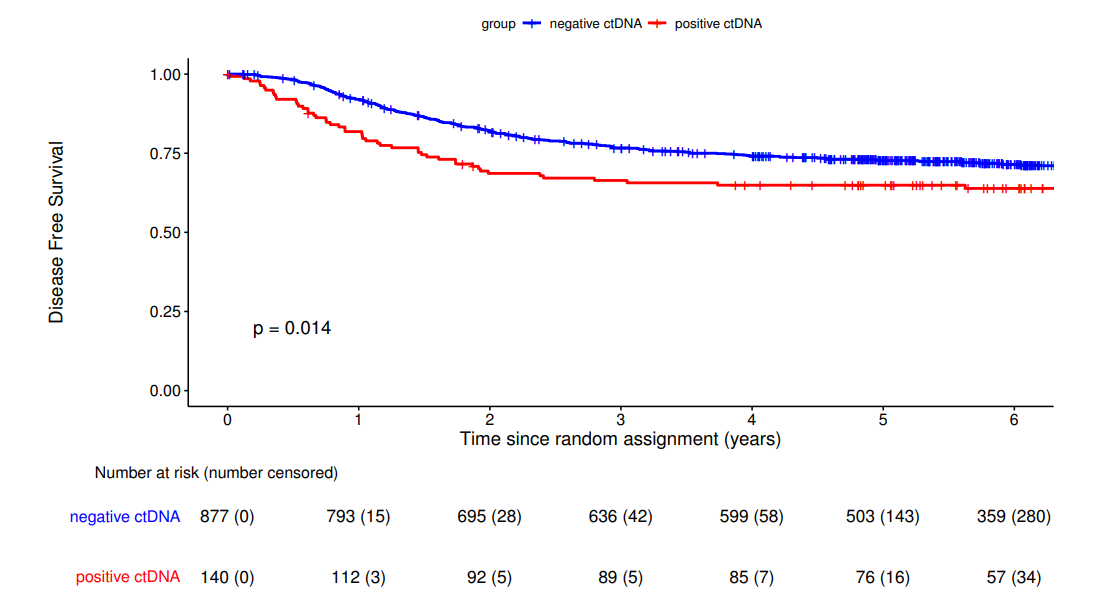