Methods and materials: This is a planned analysis of secondary objectives in the framework of a randomized international phase III trial. The protocol included detailed written RT guidelines. All participating institutions undertook an initial benchmark case to check adherence to protocol guidelines. Centers with major deviation were not allowed to include patients until they achieved a significant improvement and rigorously followed the guidelines. On-trial RT quality assurance (RTQA) consisted of a central review of treatment plan with dose-volume histograms for each patient. Adherence to guidelines was graded as per protocol (PP), minor deviation (MiD), or major deviation (MaD). 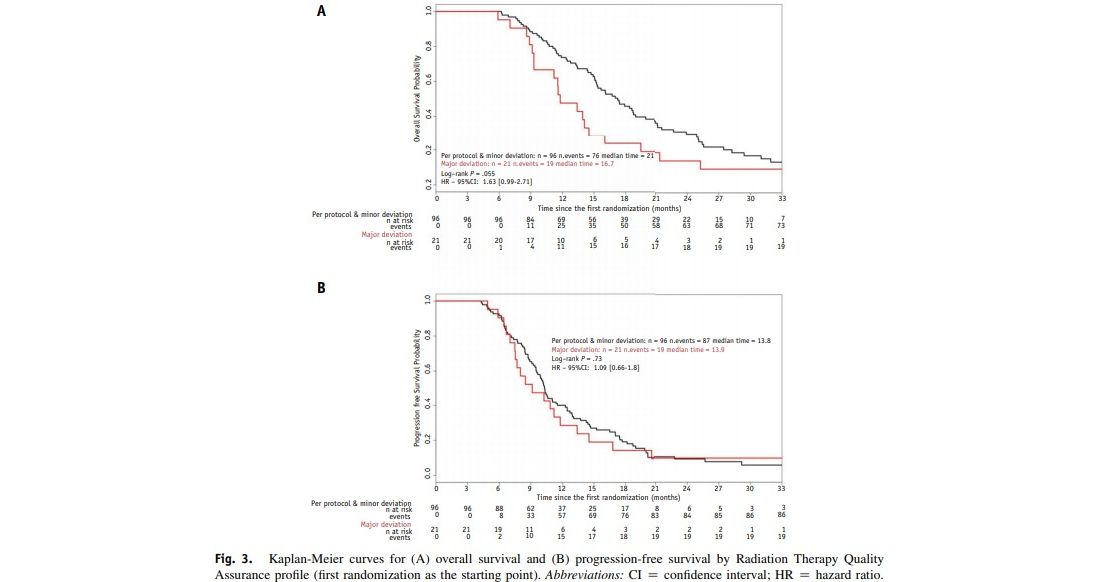