We studied the relationship between intermediate criteria and overall survival (OS) in metastatic colorectal cancer (mCRC) patients who received first-line chemotherapy with bevacizumab.

We assessed OS, progression-free survival (PFS), duration of disease control (DDC), the sum of the periods in which the disease did not progress, and the time to failure of strategy (TFS), which was defined as the entire period before the introduction of a second-line treatment. Linear correlation and regression models were used, and Prentice criteria were investigated.

DDC and TFS correlated with OS and are relevant as intermediate criteria in the setting of patients with mCRC treated with a first-line bevacizumab-based regimen. 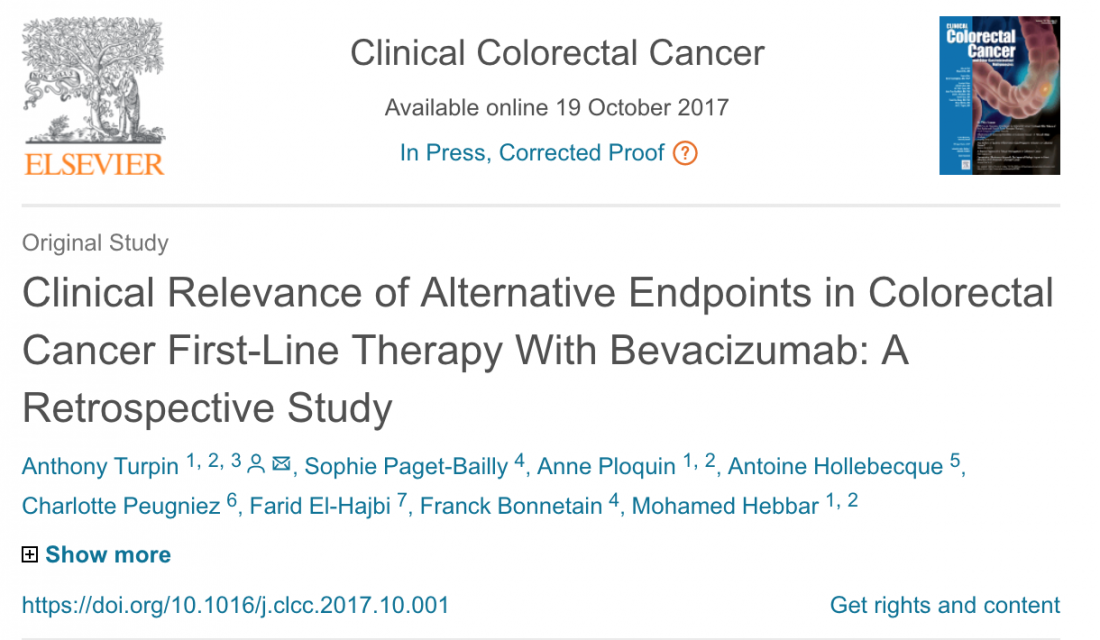